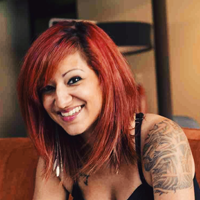 Just go.
My first hackathon-style event was a Kansas City Startup Weekend, held in April 2012 at Union Station. To be completely honest, I had no idea what I was getting myself into. I had heard about it through co-workers but I was clueless to what it actually was. So I did what any normal person would do: I googled Startup Weekend, watched the video, talked to a couple of people, thought “why not?,” signed up, and then got really nervous when the weekend finally rolled around and considered staying at home on my couch.
I won’t pretend like I wasn’t nervous. I knew maybe three out the 100+ people there and I certainly didn’t know how to do that weird networking thing. But one of those three people introduced me to another participant who was pitching an idea that I happened to be intrigued by. While I gave all of the pitches a fair shot; I ended up choosing that idea, joining the team, and spent the next fifty-four hours designing out a website and helping build a viable business idea.

We didn’t win. But for me, as cliche as it probably sounds, the weekend as a whole was a huge win. I had a blast learning about the startup community and the work that goes into getting an idea off of the ground. Oh, I also got better at that weird networking thing and met a ton of new people; of which many connections solidified, turned into mutual referrals, and even friendships.

I showed up again, six months later when KCSW 6 rolled up.  I had been tossing an idea around for a few months, so I did what any normal person would do: thought “why not? why not pitch this just for the heck of it?,” then got really nervous, thought about staying in my seat, downed some liquid courage instead, and got in line to pitch. It was one of the most exhilarating sixty seconds of my life, that kind where you don’t even remember what happened you just hope that you nailed it. As the sticky note votes started to pile up on my idea, I knew that I had. The rest was a whirlwind blur, and the support from my team was incredible. Together we were able to build a viable business plan, a working prototype, and prove a reason for it to exist. That was the weekend that changed everything. Admittedly, much of it was because of the win – after all, I am now building a business/company I didn’t have before – but much of it was the experience, what I learned about myself and how I could flourish.

While I have found successes (and losses too) at events like this, each one has been a win because I have always learned something new and always made new connections. We are quite lucky to be here in Kansas City with such a warm and supportive entrepreneurial ecosystem full of people ready to help you. And if they can’t, they will connect you with someone who can. It’s an amazing community that is here for you, here for me, here for everyone to succeed in whatever they are doing.

These kinds of events are really unlike anything else. There is something invigorating to participate in them; regardless if it’s your first time or not, what your field or background is, or if it’s your idea or not. Because what it’s really about, is a handful of completely different people coming together, who all latched on to a single idea, and worked together to breathe life into it. All within hours. You can’t get a weekend like that on your couch.

So I invite you: girl, boy, developer, designer, marketer, business-savvy, student, senior, first timer, been-around-the-block-er, just plain curious, or considering a weekend on the couch. I invite you to come and check out what all the fuss is about, learn something new, and meet a ton of new people. Coincidentally, you can have your chance next weekend at Startup Weekend. Find me on twitter and I’ll even give you a little promo code :). Hope to see you there!

Kelly Tomlinson is a UI/UX designer at Cremalab, founder of Wazoo, and helps organize different events around the community. She has attended multiple hack-events, with her most notable wins at KCSW 6 and Hack of the Sexes; and has transitioned into mentoring and organizational roles. You can follow her on Twitter.